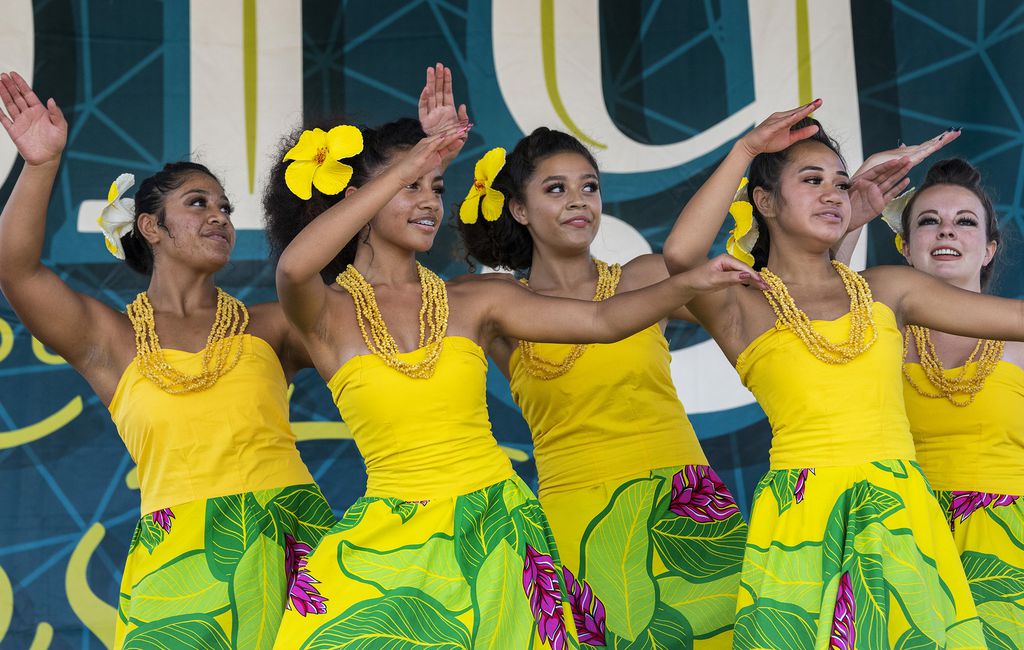 (Rick Egan | The Salt Lake Tribune) The Kanani Pua dancers at The Craft Lake City DIY Festival at the Fairgrounds on Saturday, Aug. 14, 2021. Today is Pacific Island Heritage Day at the Festival, which continues through Sunday.[/caption]

Utah artist Sonatane “Tane” Falevai carves animal bones into smooth and elegant pendants, each with a different shape and meaning.

The fish hook is the most popular, as it brings prosperity and abundance, said the owner of Tane Designs. “On the islands, you’ve got to learn how to fish in order to provide for your family.”

The shark represents strength; while an intricate weaved pattern encourages working together.

These wearable sculptures — as well as other Polynesian art, food and culture — were celebrated Saturday during the annual Craft Lake City DIY festival, which wrapped up Sunday. 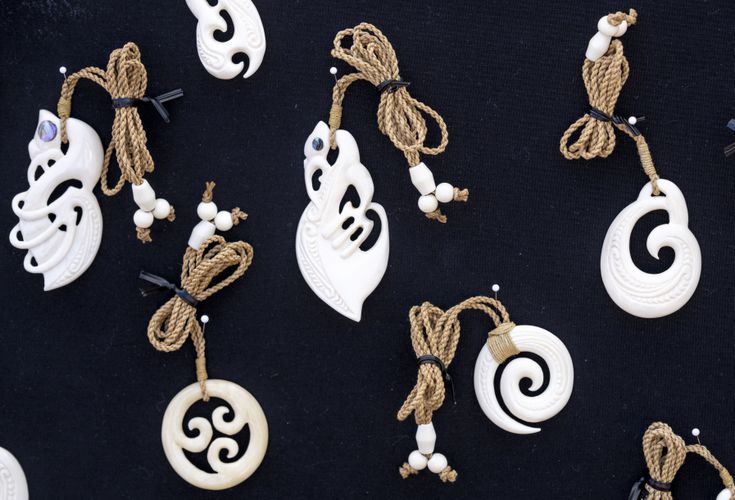 Falevia, who was born in Tonga, said he discovered his passion in high school art class. After winning several national art competitions in the Pacific, he attended Brigham Young University Hawaii, where he graduated with degrees in sculpting and painting, specializing in Polynesian Art.

Selling his carved jewelry at Craft Lake City allows him to share his work with people who may not be familiar with Polynesian culture, he said. “I’m excited to create more pieces, knowing there are people who are interested in my work.”

Rowan Stoddard, a 10-year-old from South Jordan, was drawn to a different booth — Vei Leis — where she learned to weave her own Hawaii garland out of ribbon.

Her mother Breony Stoddard said the family came to the DIY festival on Saturday, specifically to see the Polynesian artists and expose their 3-year-old son, Bastian — who was adopted from the Marshall Islands — to his heritage.

“This helps us all learn more about his culture,” she said noting that while there are many Hawaiian and Pacific islanders in Utah, there are not many from Marshall Islands. 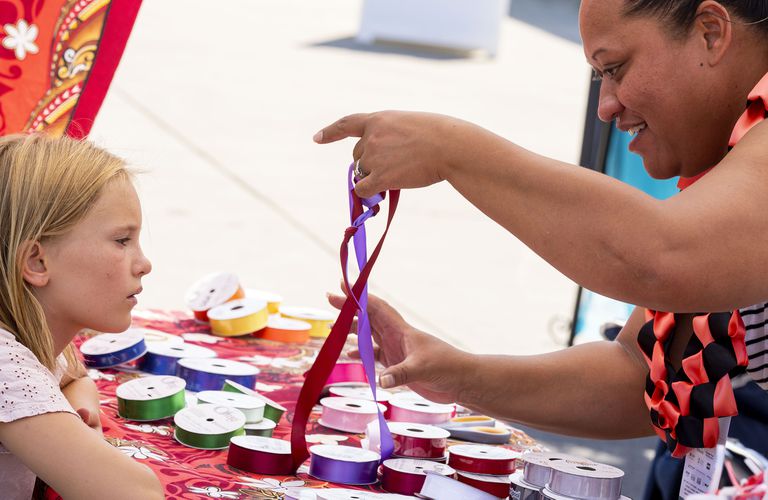 (Rick Egan | The Salt Lake Tribune) Rowan Stoddard, 10 makes her own lei with the help of Lulu Latu-Wolfgramm, at The Craft Lake City DIY Festival on Saturday.

According to the most recent U.S. Census numbers, Hawaiians and Pacific Islanders make up 1% of the state’s population — or about 30,000 people. That’s the third largest pocket behind Hawaii and Alaska.

Every year since 2012, Utah has celebrated Pacific Island Heritage Month. The DIY festival is just one of more than a dozen activities — including workshops, a film screening and a bone carving workshop with Tane Designs — that bring attention to the culture.

“As a kid it’s hard to do a business,” Makaafi said, as she scooped ice cream onto a white chocolate chip cookie, “but it’s something productive to do — more than playing video games.”

When she launched her business Makaafi said she had to use coolers and ice, but after working several markets and fairs — and saving the profits — she was able to buy a small electric freezer that works much better at keeping the ice cream cold.

Her advice to other young entrepreneurs: “To not give up — and just believe in yourself.”